This is definitely a much belated post, as I attended this occasion a few weeks ago, but I also recently visited the newly renovated Louis Vuitton at Ala Moana Center to make a small purchase for my birthday...which I'll discuss a bit more in an upcoming post.  I only bought something small, so don't get too excited for a reveal.

From what I was told, the renovation that took place at the Louis Vuitton store at Ala Moana Center was one that spanned a total of 2 years.  Having been to this store on several occasions over the past couple of years, it didn't occur to me until recent months that a renovation was taking place.  They managed to keep the store fully functioning and as open to walk around as possible, while parts of the store were closed off from entry, and modifications took place.  I knew that majority of the work being done dealt with the staircase, since access to it was no longer permitted, and the elevators were the only way to travel to and from floors.

All in all, the renovation was completed, and the grand reopening of the Louis Vuitton store at Ala Moana Center took place on April 19, 2014.  I wasn't there for all the festivities I was told happened first thing in the morning of the reopening, but I was able to make it there by that afternoon.  By then, it was much less chaotic, and seemed like just an ordinary day in the store.  I took the time to stroll along, and see the store in its entirety.  Sure enough, the staircase was the highlight of the renovation, as it went from being made of glass to a wooden staircase, one that featured tremendous detail consisting of what looked like metal facets that ran along the walls around it in a wavy texture.

I was particularly fixated on getting something whilst there that day, but the specific items I inquired about were unavailable.  Part of the reason for wanting to get something that day, was because I noticed that some people coming out of the store held special Louis Vuitton shopping bags that I suspected were made for the reopening.  Unfortunately, the things I was after weren't available to purchase at the time, and I was in no position to spontaneously buy another bag, just because I wanted the special shopping bag.
Even so, upon returning a couple weeks later, I made a purchase, and my amazing SA (sales associate) was able to get my item placed into one of their few remaining special bags from the reopening.  Pictures of the item I ended up getting, and pictures of the special shopping bag will all be featured in a blog post and unboxing video fairly soon.  Below are pictures from the reopening of the Louis Vuitton store at Ala Moana Center, all of which were taken by me, aside from the one I'm in (of course).  =] 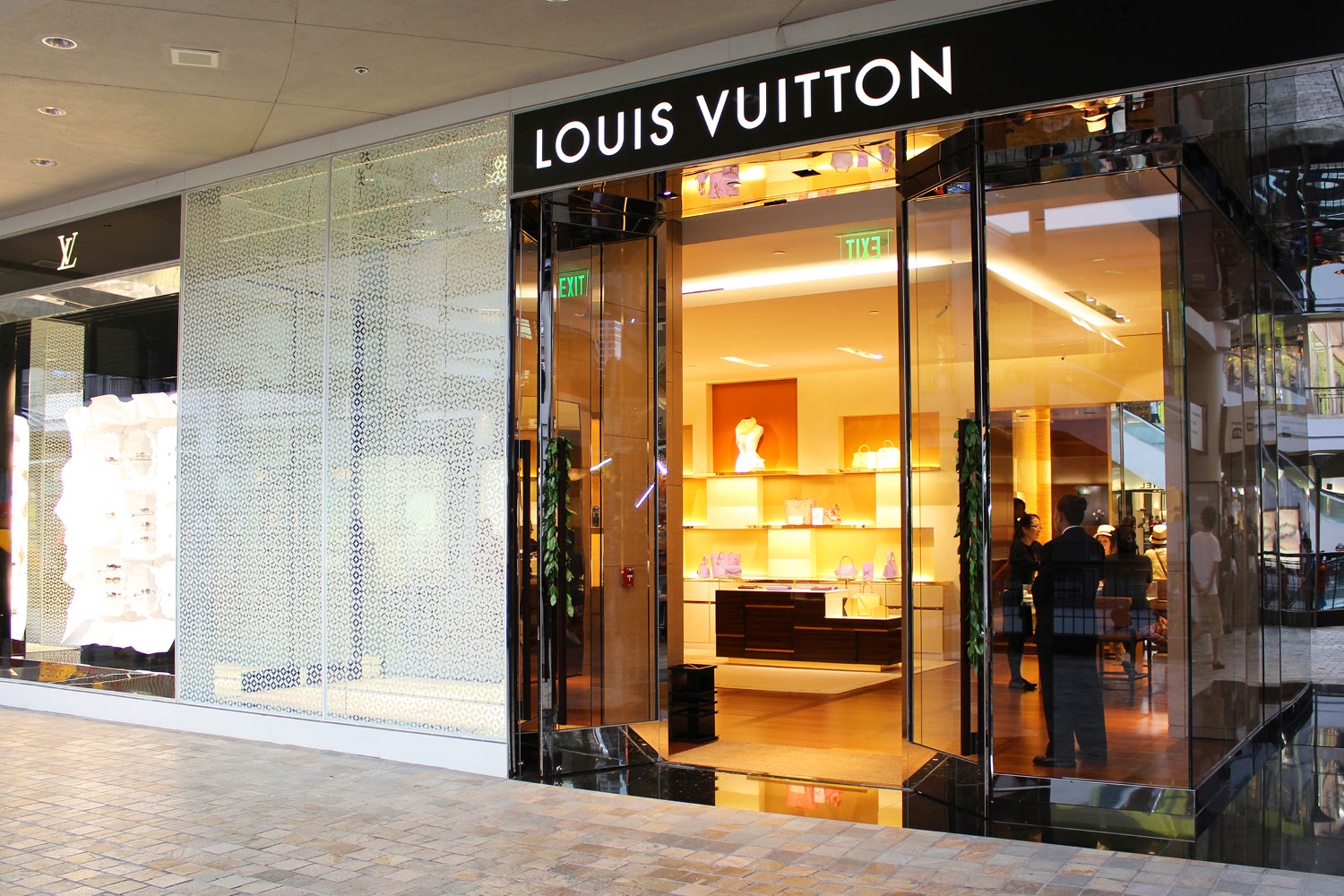 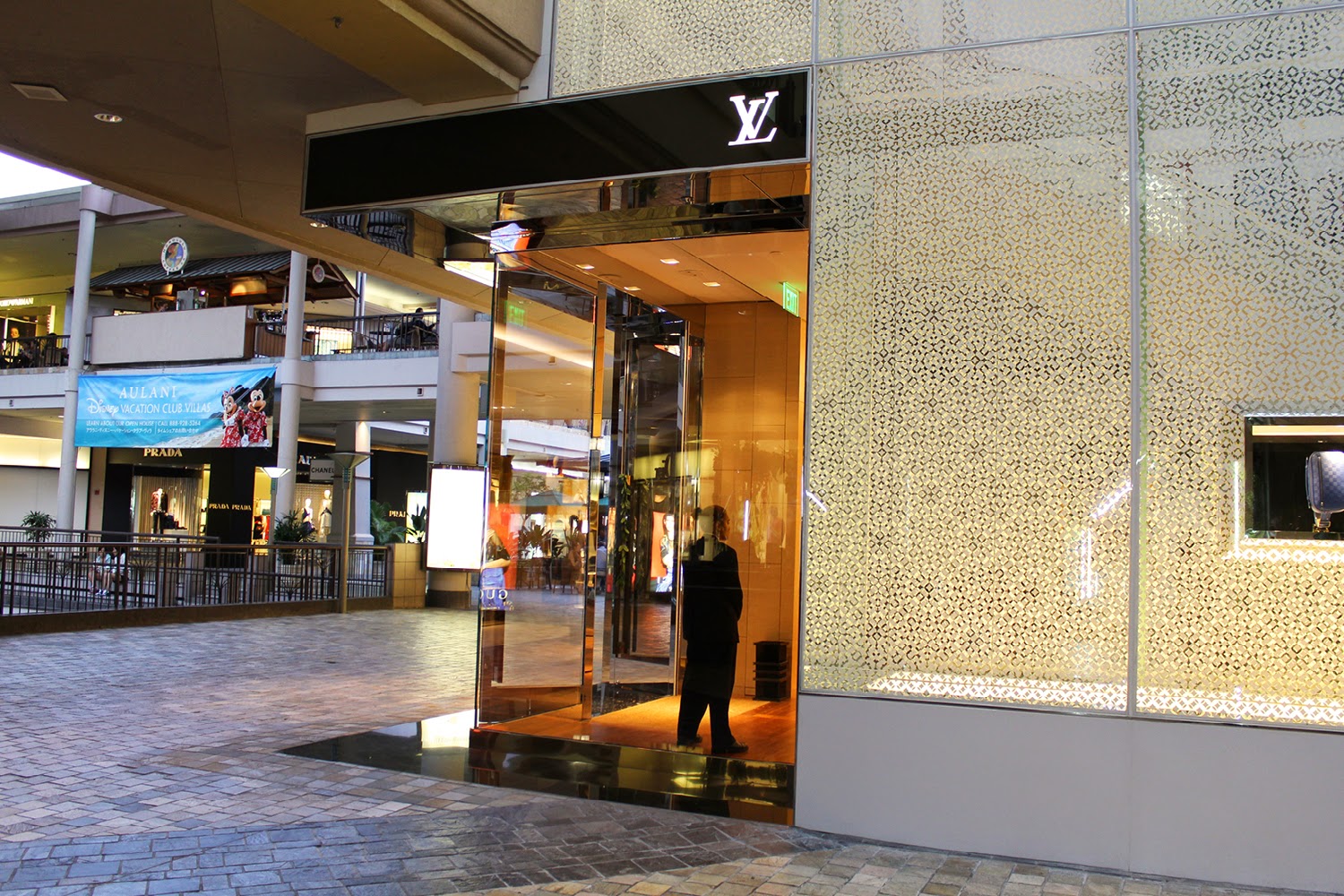 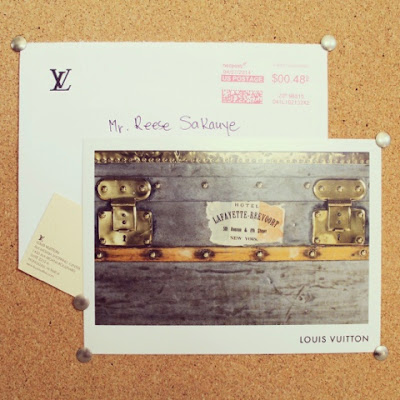 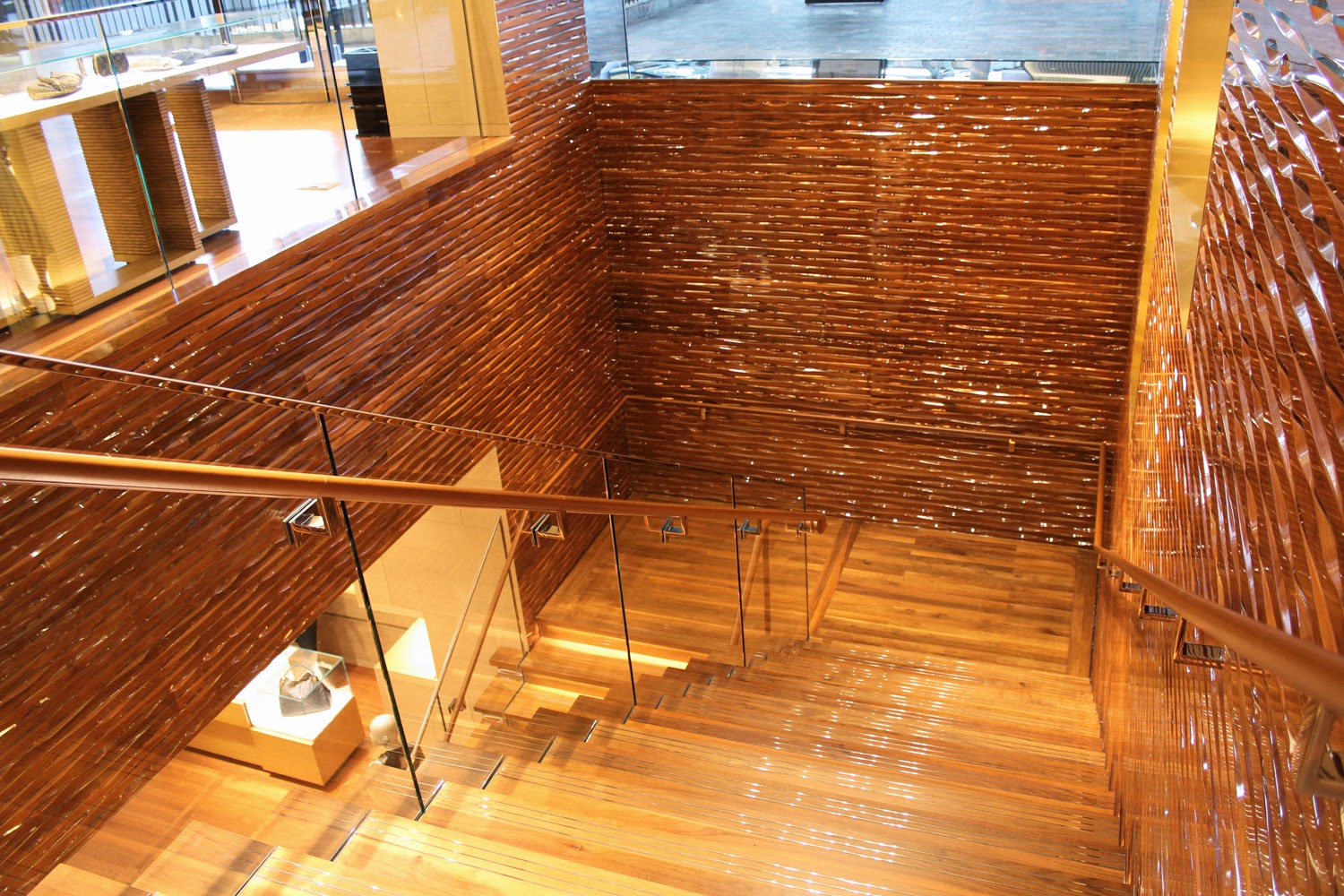 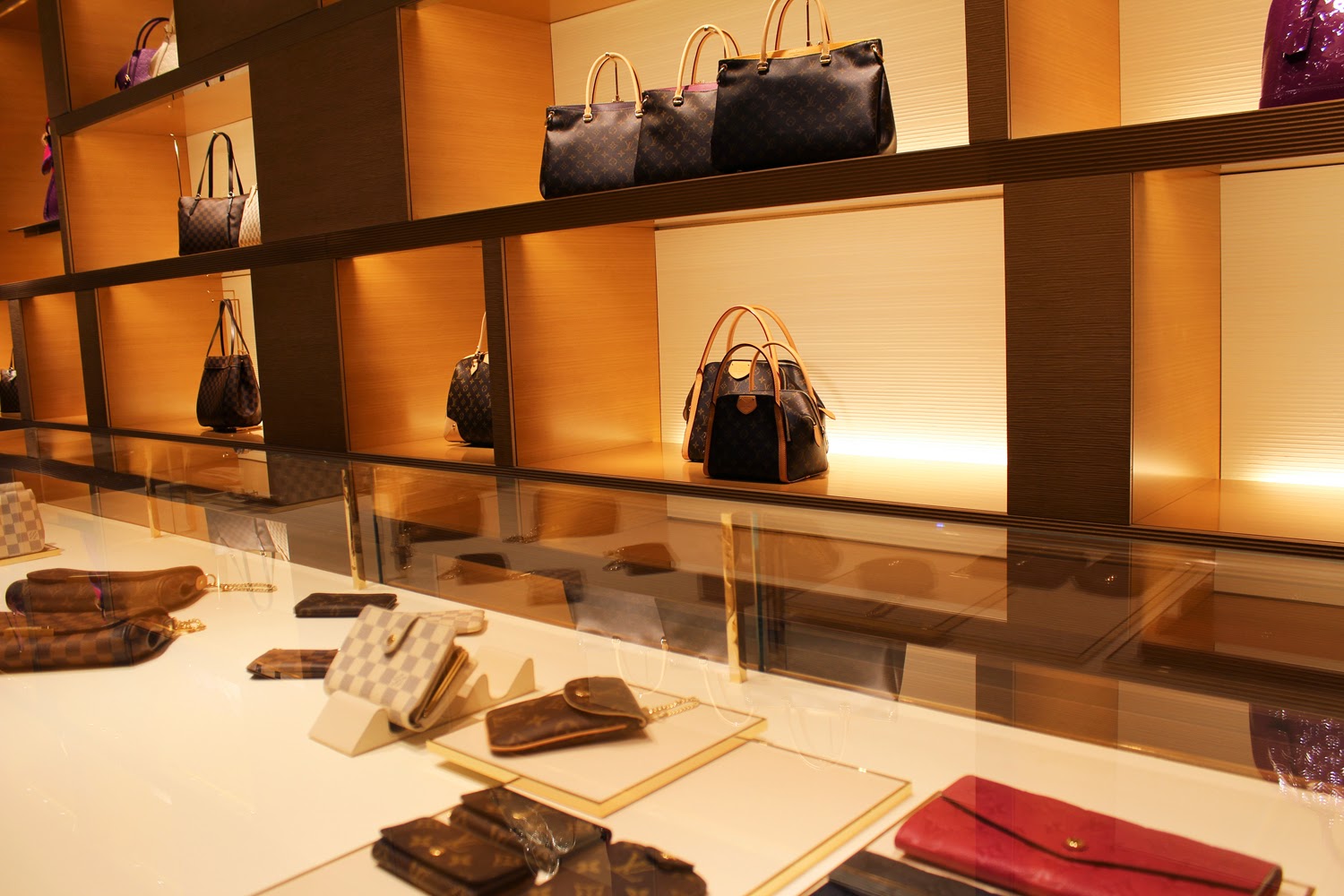 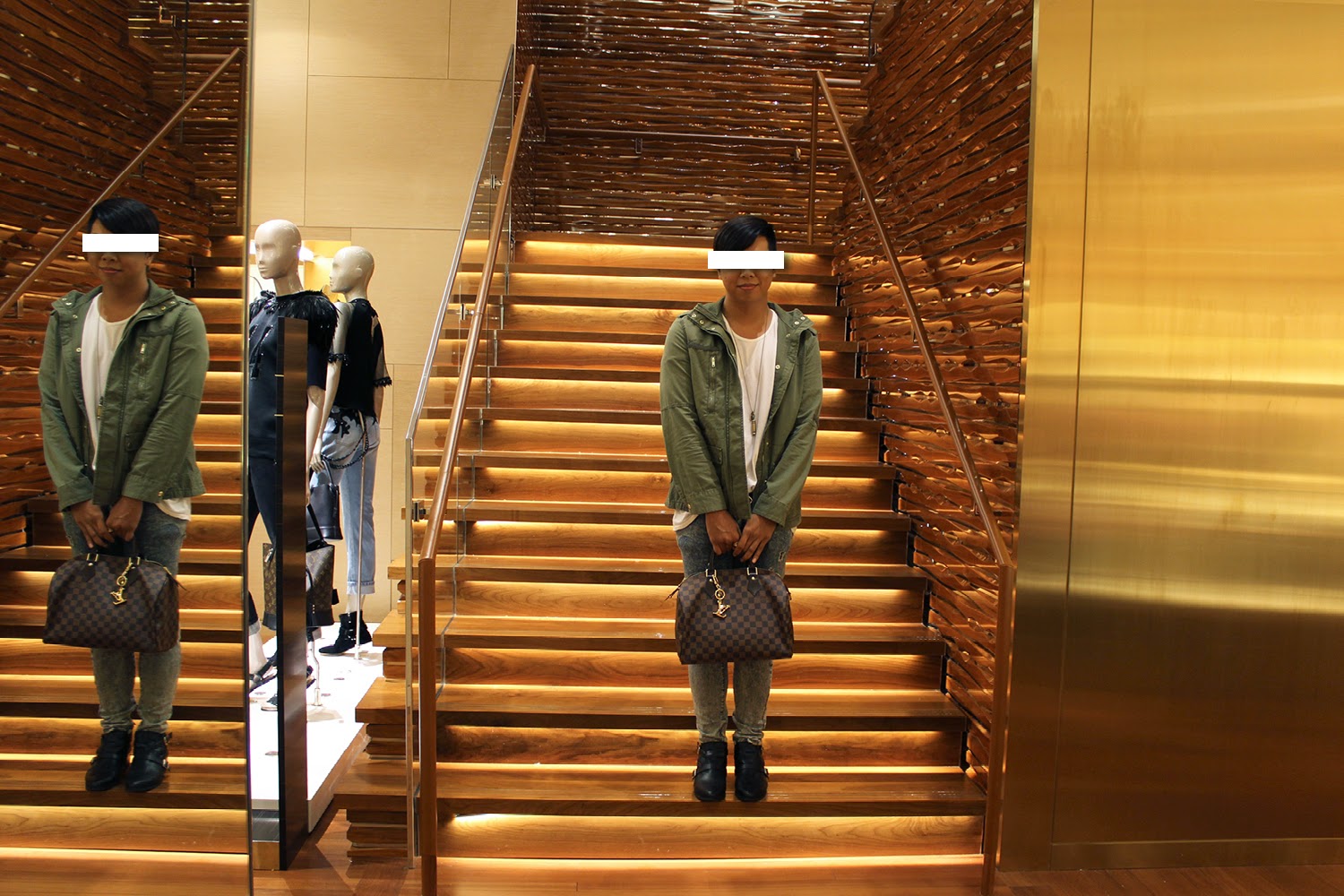 Posted by Reese Sakauye at 6:11 PM