It's that time of year again!  I can honestly say that I've taken part in the Sephora "holiday" type of sale for the past 4 years, and did not stray away from doing so again this year.  However, for the past 2 years I have been classified as what is known as a "VIB", which means "Very Important Beauty Insider"...which I think is pretty cool.  Although, that means that I've been spending increasing amounts at Sephora as the years have progressed (don't tell my boyfriend).  For those of you who don't know, the Beauty Insider program at Sephora is a point-based rewards system that gives you 1 point for every dollar you spend there, which can accumulate and later be redeemed for "Point Perks," which are deluxe samples and sets of products that are offered in the store.  Being that I have been part of this rewards program for some time, I have been promoted to the classification VIB, that enables me to participate in cool events, get notified of new product releases, and most importantly getting 20% off all merchandise during the VIB (holiday) sale.

In past years, Sephora had the holiday sale open to pretty much everyone, and offered higher discounts to those who were regular Beauty Insider members as well as VIBs (who I believe had a greater discount).  Though in the past few years, the sale has been almost exclusively set for Beauty Insiders and VIBs, to which coupons were sent out to those people along with another one to be given to the person of their choice (who doesn't have to be a Beauty Insider member).  This year, I was glad to get my 20% off coupon in the mail that was able to be redeemed as many times as I wanted from November 7th through the 11th, along with an additional one that I was able offer to those I decided to share it with.  However, this year's coupon for the person of your choice had to be redeemed with the VIB present, which in turn meant that I made multiple trips to Sephora over the past few days in order for all my loved ones to get the discount.

I had a general game plan for the sale this year, as I typically do for shopping types of endeavors, so I made it a point to make a list of items I would like, so I was able to devise how much it was I intended to spend.  Despite my clever planning, however, I ended up getting loads of other things much different from what I originally planned, mostly because the things I originally wanted had already sold out.  Nonetheless, I seemingly ended up picking up lots more than I intended to just because I had a few gifts to purchase for others, even though the bulk of it was for me.  If you participated in this sale, I would love to know in the comments what you picked up.  Also, be sure to watch my haul video that I'll try to have up soon, where I'll go over each of the items I picked up (I'll embed the video in this post as soon as I get that video out).  Below I took some photos of my purchases from this sale...I did my best to number them, so that all the items can be identified.  I linked off as many as possible of the items in the photo key located below the last photo (the one with the numbers).  All photos taken by me.  =] 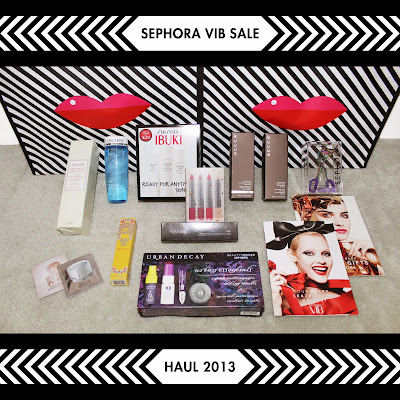 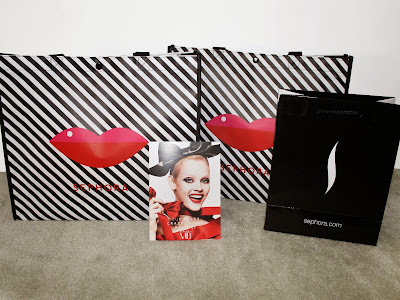 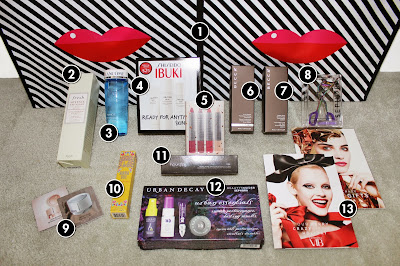 Posted by Reese Sakauye at 2:11 PM