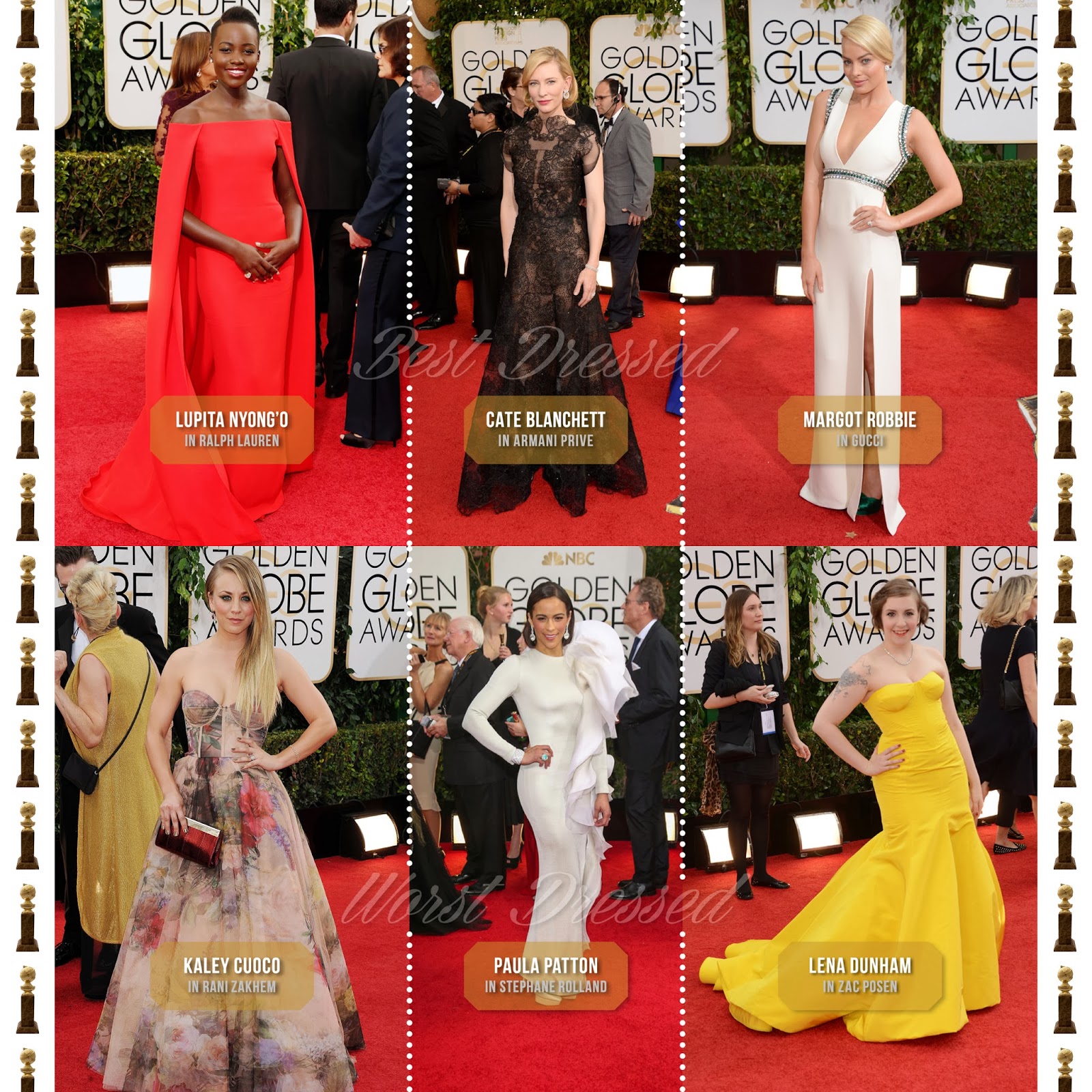 As some of you may know, it's that time of year again, and by that I mean award season.  Personally, I highly anticipate seeing the celebs get all glammed up to walk down the red carpet decked out in some of the most amazing designers.  That being said, award (red carpet) season has officially begun with the Golden Globe awards that were held this past Sunday (January 12th).  As expected, the red carpet at the Golden Globes included a selection of amazingly dressed individuals, some that were generally pleasing, and some that had too much wrong going on.  Below are my picks for the best and worst dressed attendees, as well as some that were just perfectly "nice," or as I like to call them "notable mentions."  I do NOT own or take credit for ANY of the photos shown (taken from varied news sources).  =] 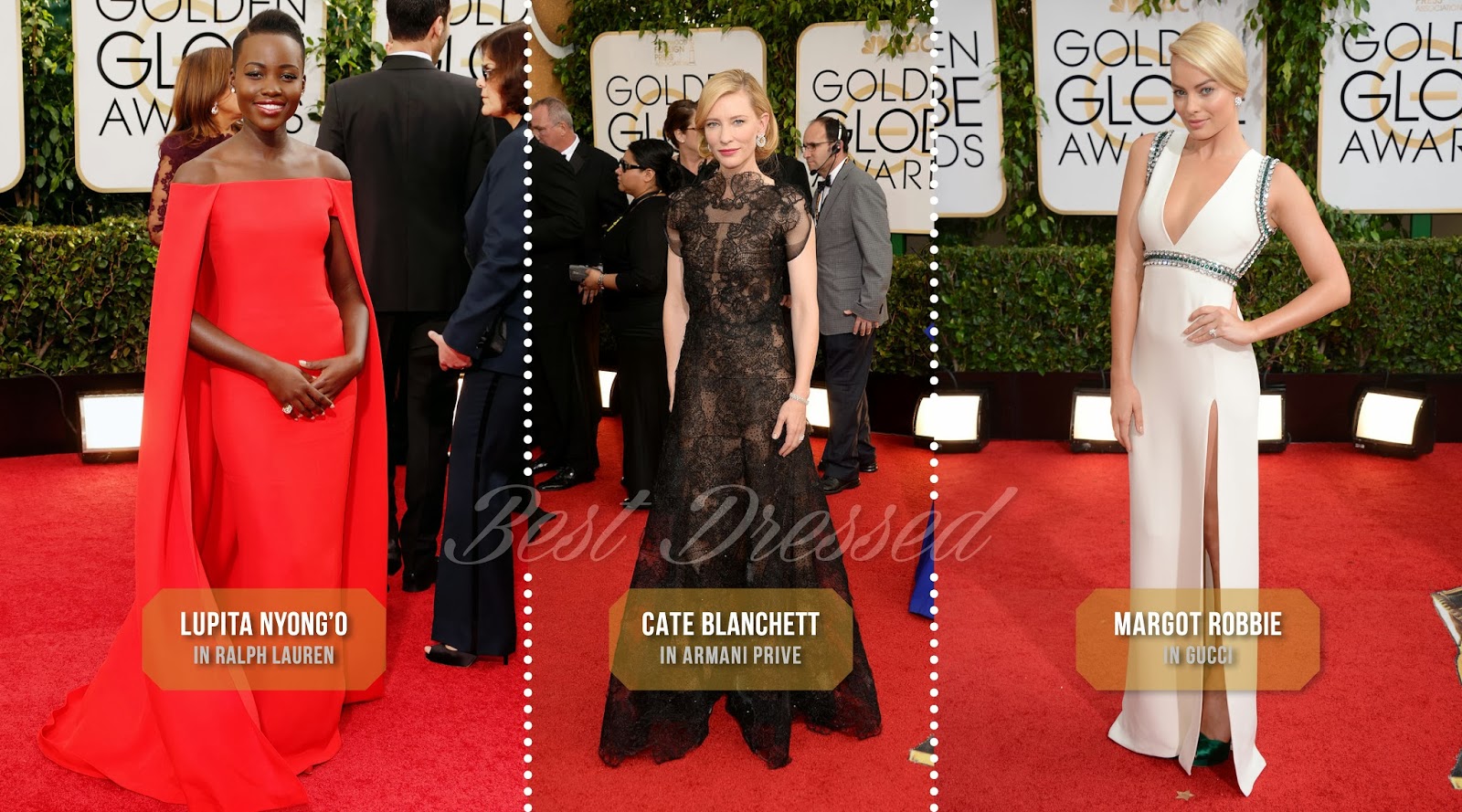 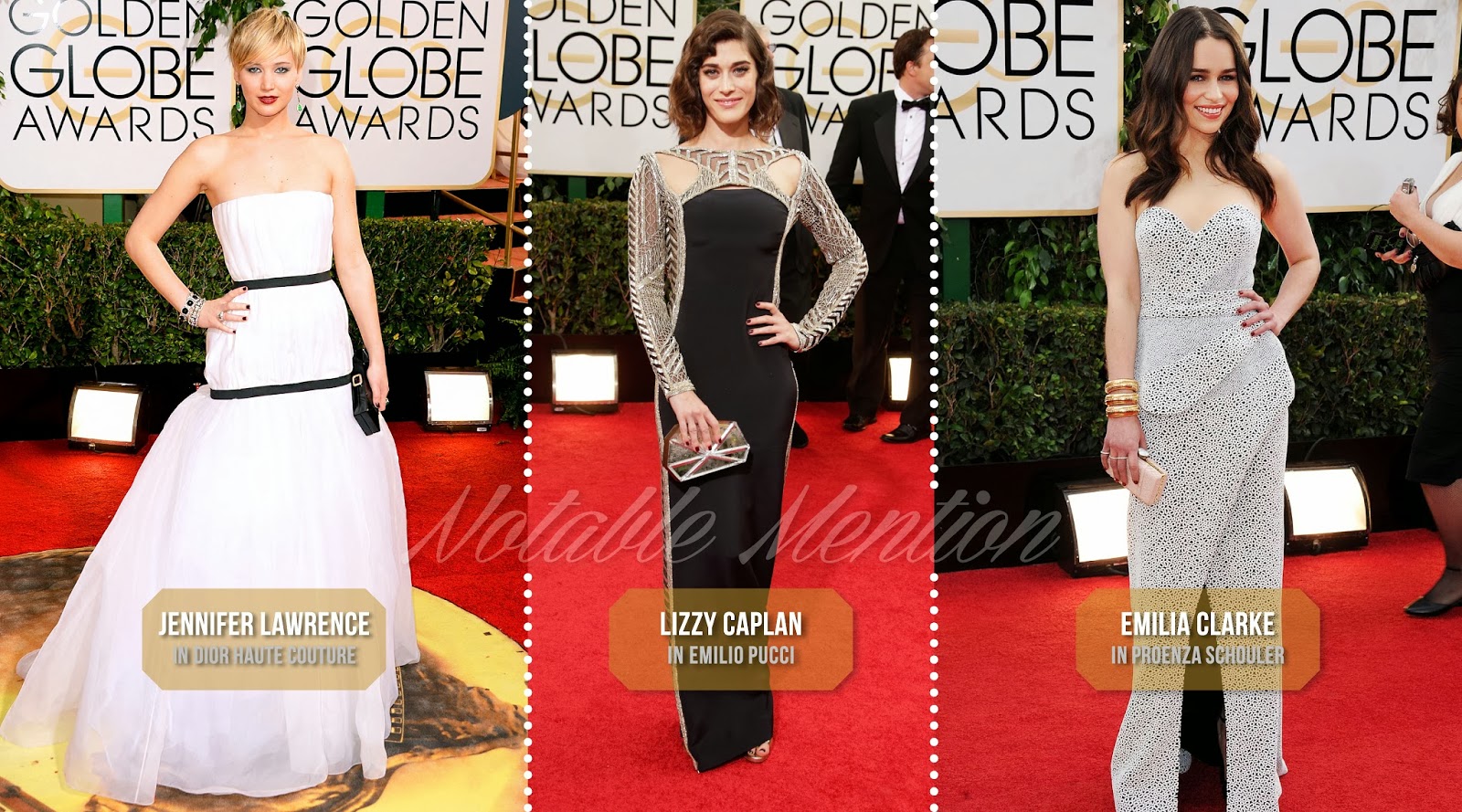 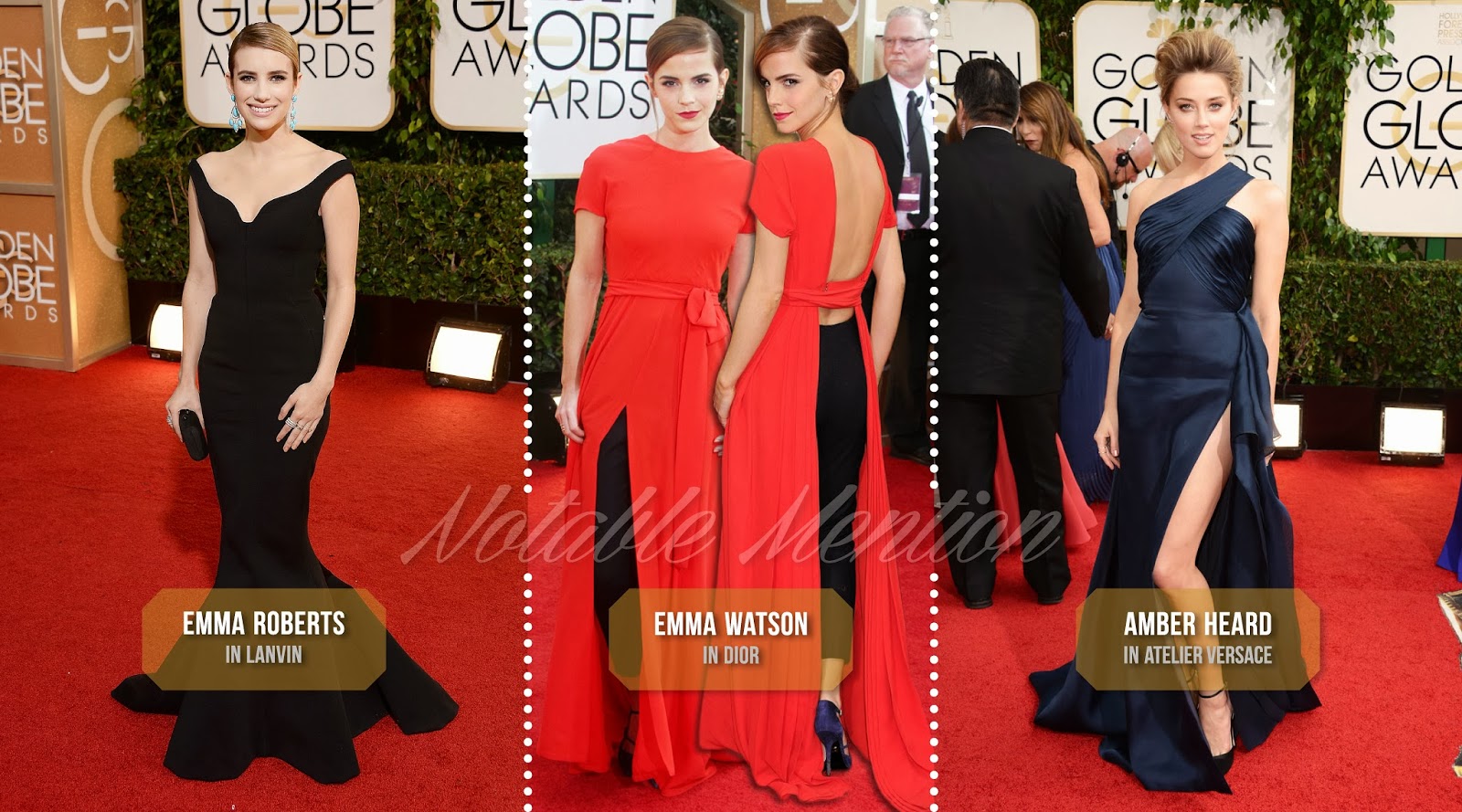 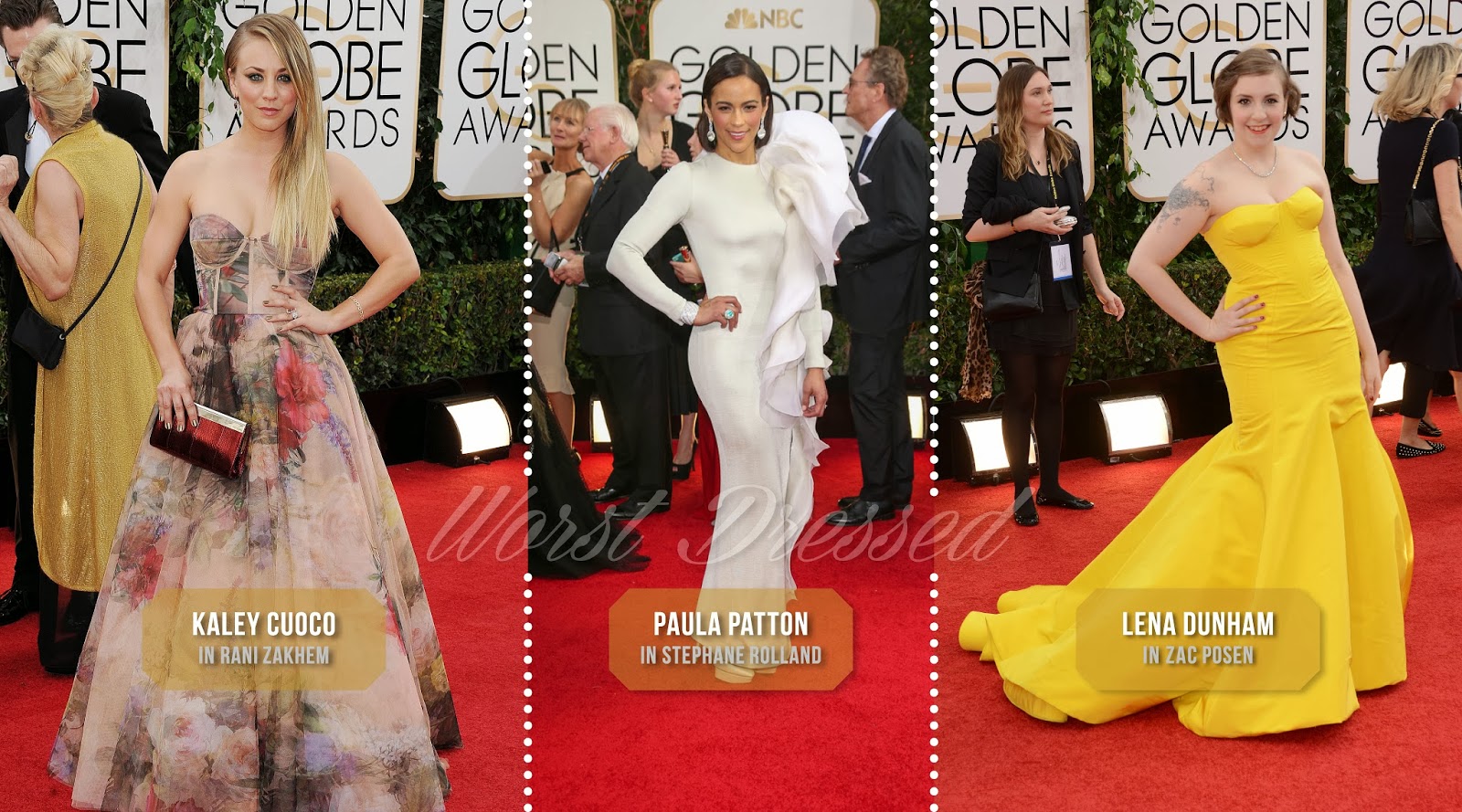 Posted by Reese Sakauye at 8:50 PM